Opossum, from models for biomedical research to allies against Lyme disease 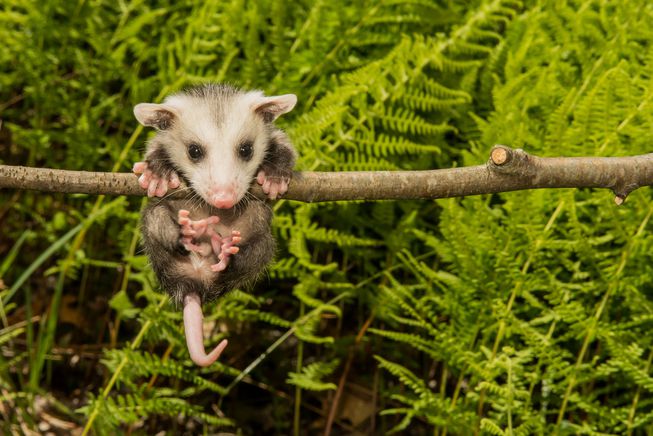 Many ticks stick to the opossums to feed on their blood ... but only few are able to tell it. The small American marsupial kills more than 95% of pests that have the misfortune to cross its path: a massacre. Even if he does not know it, in this way he helps to fight Lyme disease, caused by a bacterium that is in fact carried by ticks.

Because of their the clumsy and slightly dazed look, opossums are often considered stupid (wrongly, they are rather intelligent). However, sometimes they are bothersome and intrusive, and they can transmit diseases, such as tuberculosis, especially to livestock.

They also do something good

Whatever we say, we owe something to the opossums. Researchers have become interested in these curious animals, discovering their similarities with humans. One of them is cancer: we and opossums are the only mammals that suffer from melanoma only because of exposure to UV radiation. Browsing into their genome, the first ever sequenced from a marsupial, we discovered that their genetic sequences are similar to ours, although the group of marsupial mammals separated from that of the placental (to which humans belong) about 180 million years ago. In short, thanks to the opossums we have retraced our evolutionary history, identifying the genetic changes that have made us what we are, diversifying ourselves ù from our closest relatives. But they are also valid models for biomedical research, in studies concerning the immune system, melanoma and regenerative medicine.

The opossums are said to carry a large number of diseases. True, but only in part. For example, they are almost totally immune to rabies, which is transmitted more frequently by wild dogs and other animals. And in some cases they are even unwitting allies of ours in the fight against infectious diseases. This is the case of Lyme disease, or borreliosis: an infection of bacterial origin, rather common in the United States but also in Europe, and in Italy especially in Liguria and Trentino. The bacterium that causes it is Borrelia burgdoferi, which is transmitted to animals and humans through the bite of a tick. The disease presents with a rash, but may be accompanied by neurological, muscular and bone complications, which can degenerate into chronic arthritis, and cardiac disorders. Like many small and medium size mammals, opossums are prey to ticks. But those that happen on the body of an opossum almost certainly have their destiny marked. He manages to kill more than 95% of the unfortunate ticks that try to feed on its blood. Tick killers, they can kill up to 5,000 in one season, helping to reduce their number and therefore the possibility of infection. These data have been widely disseminated to encourage Americans not to mistreat opossums, to be careful not to invest them in the car (a rather frequent circumstance) and not to hunt them down. In rightly undervalued, their presence actually has positive repercussions on public health.