Can we cure cancer in sea turtles?

Sometimes, veterinary oncologists find themselves curing unusual patients. This one has a shell, it is green and spends most of its life underwater: it is the sea turtle Chelonia midas, belonging to Chelonidae family. Fibropapillomatosis is a devastating cancer in sea turtles and often leads to death. Where is the research to cure these wonderful reptiles?

Sea turtles are kind of hard up at the moment: nearly all species are classified as endangered and, needless to say, man is mainly responsible. In fact, these reptiles are threatened by many human activities, including tourism and accidental fishing, habitat destruction and climate change. To make matters worse, sea turtles are also susceptible to fibrillopapillomatosis, a cancerous condition characterized by benign but ultimately lethal epithelial tumours that grow around the armpits, genitals, neck, eyes, mouth, impeding vision, feeding and movement. For once, man has little or nothing to do with it: the disease is spread by a herpes-like virus, although a variety of genetic and environmental factors may increase the chances for development. Scientists are doing their best to ensure the survival of this and other vulnerable species.
Here is the most recent progress in the field.

Sea turtles and humans may not be so different!
Scientists noticed that there are molecular similarities between sea turtles fibropapillomatosis and a human skin cancer. The research team tracked the genes that are mobilized during tumorigenesis finding that the very same pathways are also conserved in humans. This sheds light on possible environmental risk factors shared between the two species, for example UV radiation, but also on the tumours’ therapeutic vulnerabilities. Adopting the same treatment protocol as for human cancer may be the best approach, as recent research seems to suggest. Just as in some human cancers, surgical resection of the tumour and then treatment with the chemotherapic drug fluoruracil reduced the recurrence from 60% to 18%.
And if chemotherapy is not enough…

Electrochemotherapy may be the way! This is an ingenious method, where the chemotherapic drug is administered in combination with a brief electric pulse. When a cell is subjected to a temporary electric field, its membrane structure is rearranged, resulting in increased cell permeability. This allows non-permeating drugs to penetrate inside the cell and more importantly to inject the drug directly into the tumour site. Electrochemotherapy has predominantly been used on human cancers, but it has also become an emerging approach in veterinary cancer treatment. Last February two juvenile sea turtles named Percy and Daley were treated at a Sea Turtle Hospital in Florida: the results were promising, as the tumour became smaller and smaller until it disappeared, with no need for surgical resection. Good luck Percy and Daley! 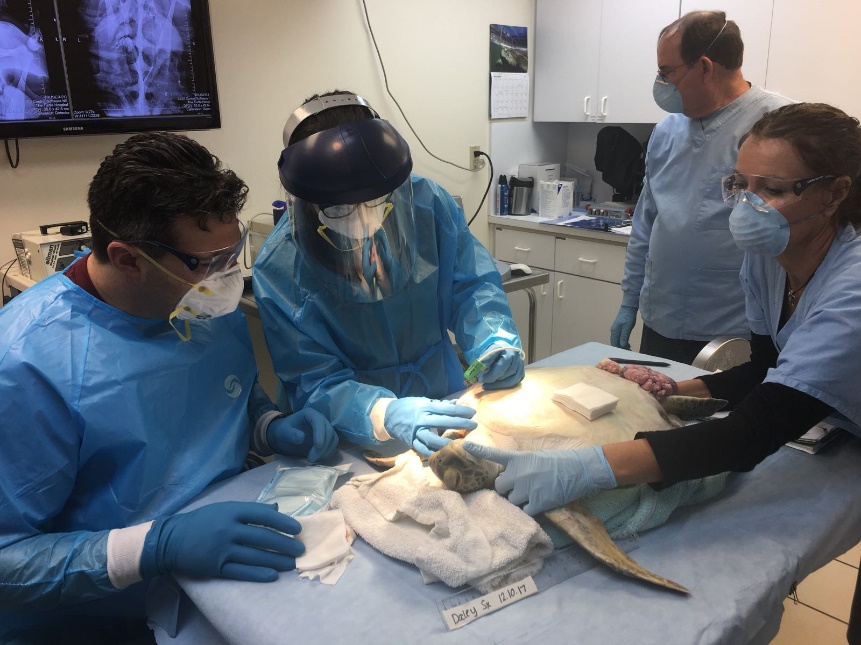 To the rescue of sea turtles
Sea turtles are in danger and in part, it is our fault. However, we are also the very ones that can save them. Borrowing something from human medicine in collaboration with Vitares (www.vitares.org) and Evvivax (www.evvivax.com) scientists, specialty veterinarians like Dr. Joe Impellizeri from Veterinary Oncology Services, PLLC in New York (www.petcancerinformation.com) and Dr. Kyle Donnelly (University of Florida) in the photo above are doing a great job: we strongly believe that such a knowledge-transfer is the winning strategy to address cancer. But if we really want to save sea turtles, this will not be enough: more should be done to limit threatening human activities, preserve their natural habitats and reduce ocean pollution. 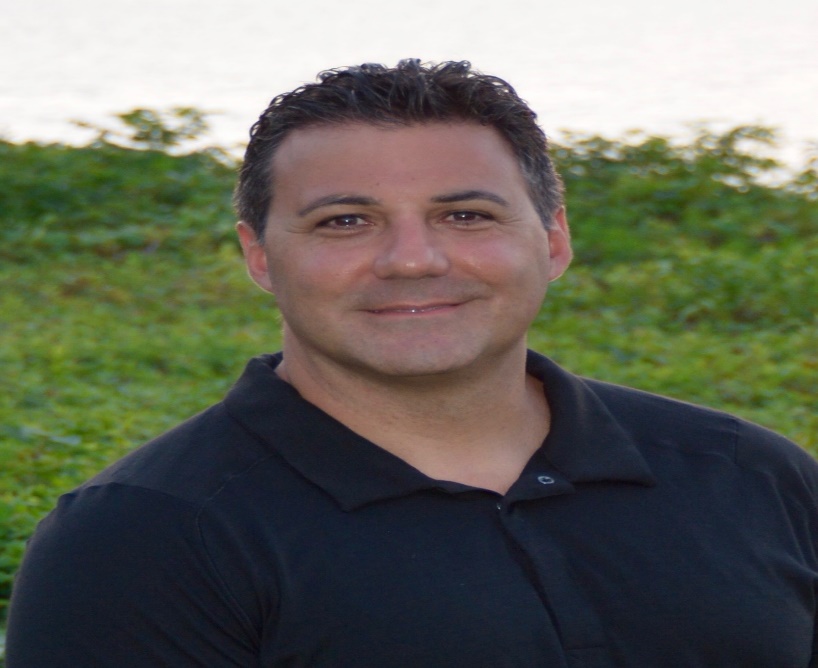 Dr. Impellizeri is a 1994 graduate of Cornell University, College of Veterinary Medicine. In 1995, he completed a small animal medical and surgical internship at Colorado State University, before returning to the east coast to work for 5 years in small animal emergency/primary care, followed by a residency in Medical Oncology. Dr. Impellizeri became a Diplomate in the American College of Veterinary Internal Medicine, subspecialty of Oncology in 2005. In 2011, Dr. Impellizeri created the Barrymore Center for Advanced Cancer Therapeutics with a focus on Cancer Immunotherapy and Electrogenetransfer. He may be reached through his website www.petcancerinformation.com