Covid-19: how the new Coronavirus mutates and spreads? 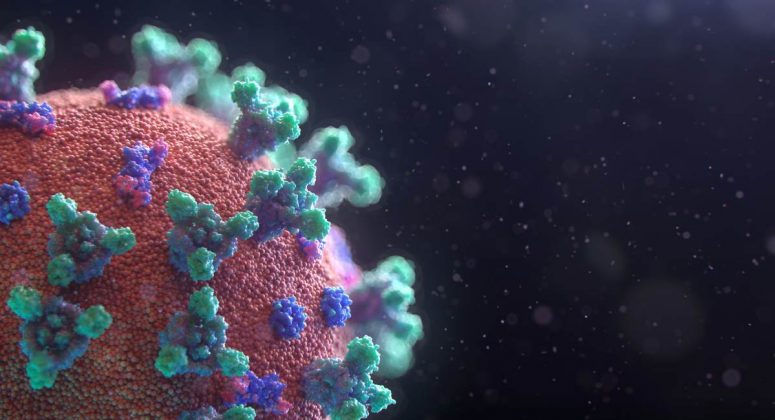 Sars-Cov-2 is mutating. There are at least 8 subtypes differently distributed between Europe, North America and China. Fortunately, most of the variations are negligible and for now there is no sign that the virus is changing towards a more aggressive form. But the way the coronavirus changes and spreads is very important to combat the pandemic and develop vaccines that can evolve just as quickly.

Is the European coronavirus the same isolated in Wuhan in December 2019? And did the American one come from Asia or Europe? Is it true that in northern Italy Sars-Cov-2 has changed to a more aggressive form? The answers to these questions, although still partial, can be found in the genetic sequence of the virus. The Sars-Cov-2 RNA carries the trace of all the mutations that the coronavirus has accumulated since January, when it was sequenced for the first time. To date there are more than 3 million people infected with Covid-19 in the world, half only in Europe. The virus has already produced millions of copies of itself and during its many replication cycles it has accumulated variations in its genetic sequence. So are we facing another virus or many viruses? Yes and no. The researchers compared the virus sequences on a geographic basis and found that the individual letters that make up the RNA do not match perfectly. But most experts agree that these variations are very small and not significant. For the moment they do not demonstrate the existence of different more or less aggressive strains.

Sars-Cov-2 is made up of a lipid and protein membrane that contains an RNA molecule. This is the genetic instruction through which the virus produces millions of copies of itself with each cycle of infection. But during RNA replication, dedicated enzymes can make mistakes by swapping a single letter of the sequence for another. Since RNA contains instructions for the synthesis of amino acids, the building blocks of proteins, even a small substitution can introduce potentially harmful changes in the sequence of a protein. But in most cases this does not happen: not all mutations are in fact equally significant, some fall within regions of RNA that do not code for proteins, others are "synonymous" mutations, which means that they lead to the synthesis of the same amino acid. In the most fortunate cases, the substitution of a single amino acid in a non-essential region could however not produce any damage to the protein.

The coronavirus has changed: various studies show this, some of which are still being published. To date, researchers have already sequenced thousands of genomes worldwide. Most of the viruses in circulation have 1 to 10 mutations compared to the original strain identified in Wuhan. A small number have more than 20 mutations, which however affect less than 10% of the genome.

The mutation rate of Sars-Cov-2 has been estimated to be 1-2 individual letters per month. Based on these data, the researchers stated that the virus began circulating in China as early as November 2019 and probably in Europe in January. They also reconstructed the map of its movements: most of the coronaviruses in New York, for example, are of European origin, while in Italy the virus came from Germany and Singapore.

One virus or many viruses?

The study of coronavirus mutations has also made it possible to establish how many subtypes are currently in circulation as well as their relationship to the original strain. In early April, a study published in PNAS had identified three variants of Sars-Cov-2 from 160 sequences isolated from patients. Subsequently, two studies coordinated by Italian and US researchers have established that there are at least 8 subtypes of the virus, of which 3 represent 70% of the total cases of Covid-19 and their diffusion is different between North America, Europe and China. All derived from the Wuhan strain, which is their common predecessor. Many subtypes, but a single strain: the number of mutations are in fact concentrated in the non-coding regions of the genome, ie those that do not express proteins. According to the authors, therefore, an evolution of the virus towards more or less aggressive forms is not taking place at the moment.

However, a minority of the scientific community partially disagrees. A small Chinese study published in late April on the medRxiv online platform, but not yet subject to peer review by the scientific community, discovered at least 19 mutations never observed before in a sample of 11 sequences isolated from patients.  Mutations that according to the researchers could be able to increase the pathogenicity of the virus, since they appear to modify the structure of the Spike protein, which coronaviruses use to infect human cells. But the results, obtained on a limited number of sequences, are only preliminary.

A team of researchers from the Los Alamos National Laboratory (USA) also supports the existence of a second strain of Sars-Cov-2 capable of replicating more efficiently. The study, published on the bioRvix online platform but not yet peer-reviewed, identified 14 mutations in the spike protein by comparing 6 thousand viral genetic sequences. Still, it is a preliminary study, whose conclusions have been defined interesting but for the moment too speculative.

Strategies for a vaccine

The reassuring fact, however, is that compared to other coronaviruses, Sars-Cov-2 changes more slowly. Its enzymes, in particular, have mechanisms for "proofreading" which reduce errors during replication. The new coronavirus could still accumulate mutations, of course, which could make it more aggressive in the future, for example helping it escape from the host's immune system. But the process is likely to take a few years, giving us time to develop a vaccine that will protect the population for a long time.

And then? The solution is to immediately design a vaccine capable of "evolving" together with the virus. All over the world, and also in Italy, numerous research groups have opted for a genetic vaccine, based on DNA or RNA. Quick and easy to produce, genetic vaccines are a versatile and adaptable platform. Indeed, as the virus changes, its genome is sequenced and made available to researchers, who can "update" the vaccine by simply replacing a few letters in its sequence.

So far only a small fraction of all existing genomes have been analyzed. There is still a lot of data missing, especially from Africa and South America. Our knowledge is still partial and it is impossible to predict now with absolute certainty what the behavior and evolution of the virus will be. Analyzing an increasing number of sequences will help us to fight the pandemic and even to play in advance.